Weighed In By The Weigh In

“I have been pretty slow to pump out any blogs thus far in 2014 but behind the scenes the Warrior Workout has started the year fantastically with some great new guys throwing their hat into the ring with a hunger to smash the fat and build that desired frame.  2013 saw some of our best transformations yet and I am really excited that 2014 is going to be even better.

On that note I think rather than the personal trainer kick the blogs off  that it should be new dad Jim who became a father to little Huxley over the Christmas period.  Jim you’re up…” 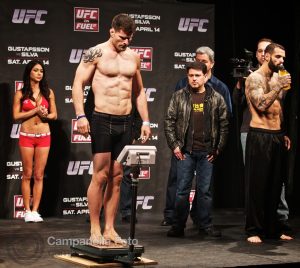 Weighed in by the weigh-in.

One of the first things you forget about EOM training is how tough it is! The combination of a Paleo Diet (posh name for low carb) and big weights mean that you can’t go into a session under-prepared, especially with your food intake. But when the dreaded weigh-in day comes around, it’s easier said than done.

I had been pre-warned by Tim: “Don’t NOT eat or drink water or anything stupid like that to try and beat the scales. You can’t demand too much of your body”

I certainly wasn’t that stupid, but I did skip lunch before my pre-training meal. I could lie to you and say that I was too busy etc., etc., but the truth is I wanted to see good results – and I got them! Another 2kg off the scales! Then it all went wrong when I tried to do the second set of Deadlifts.

Me – “Whoa that didn’t feel right”
Tim – “What the hell are you doing?! That was literally the worst deadlift I have ever seen anyone do in my life”
Me – [whimper]

We were still in the German Body Conditioning phase of training and the deadlift formed part of a 3-exercise set at a controlled tempo, but I was in such a state after the deadlift that I couldn’t remember what the other two exercises were.  I just couldn’t do it. It wasn’t so much that the body wasn’t willing, as my brain had shut down. Tim kept demonstrating how to do the Deadlift properly but I literally couldn’t understand him. He might as well have been speaking French.

That’s the thing; you need enough fuel not just for the muscle, but also for the brain! When you train, you are essentially competing against yourself and the weights, so you need to have sharp mental focus. Not only does this improve your performance, but it can also help your mind-muscle connection. 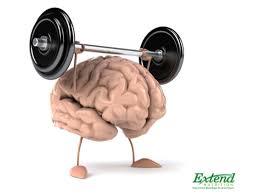 In the end, we had to finish the session after 20 minutes. I was gutted.  So I made a decision – do what Tim says, don’t try and find a shortcut, follow the diet, and focus on getting the most out of the session.

For the next session, we upped it to 4 exercises per set, with more deadlifts, kept the tempo up, and when the next weigh-in day came, guess what? I had gained weight! 1/2kg of weight! Tim, the SOB had got it all wrong. He clearly didn’t know what he was talking about and I was getting fatter!  Except that I wasn’t. I had, in fact, lost over an inch around the belly and the chest. Which means? That’s right people, that 1/2kg was pure muscle! So it look’s like Tim knows what he’s doing after all.

This has been one of the BIG differences in my training this time round – bigger muscle gain! 5 x meals a day at 125 grams of meat and 100 grams of veg is really quite a lot. It doesn’t really feel like dieting, so much as massively changing what you eat.

We’ve been conditioned by TV to think that dieting mean’s eating virtually nothing and feeling hungry, but for most of us, (even bigger blokes like me), that’s simply not the case. However, bad habits are hard to break, so you often eat less thinking you’re doing a good thing. You’re not. Last time round I skipped meals quite a bit, didn’t always control my fat intake, cheated on the carbs (beer only) and yeah I lost weight, but I didn’t make the gains I clearly could have.

“Oh, it’s a deep burn. Oh, it’s so deep! Oh, I can barely lift my right arm because I did so many. I don’t know if you heard me counting. I did over a thousand.” Ron Burgundy

Well ok, I didn’t do over a thousand. Just 75! But of each major muscle group. And my shoulders…oh dear God, the pain! Toughest session by far.

Tim, undoubtedly vindicated by this validation of his PT skills, had turned it up a notch for the last 2 sessions. Yesterday we did a hypertrophy circuit – basically 6 weight-focused exercises with 15-second breaks between them. This encourages lots of lactic acid to stimulate muscle growth, whilst keeping your heart rate up for maximum fat burn and ensure a high EPOC afterburn. (Ron knows what I am talking about!)

I thought it couldn’t get any worse and then it did. Two words: Dirty Circuit. I’d done this last time around https://eomfitness.com/blog/jim-ts-journey-week-5-menshealth/ but you forget. You really do. 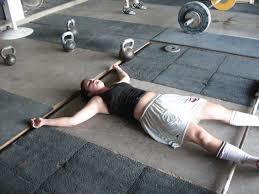 Tim – “Come on Jim, think about it, next time you watch a Rocky montage you can say, ‘yeah I know what that’s like. I can do that’”