“I see Jim’s been doing a lot of writing during his illness and this is a cracking post that shows how he is thinking now.  With mindset like this there is no way the fat is ever going to go on again and the threat of turning up at his door in 10 years time to check to make sure it’s stayed off should help as well 🙂  Do read this carefully as it is a good blog and he’s put some good nuggets of info in here.” 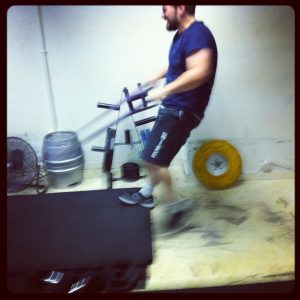 Jim having the time of his life dragging the sled!

Right, having gotten over a bout of man-flu I have started looking forward to my last month with Tim and the Evolution of Man Programme. There have been some great highs and a few lows, but having a week off my only concern was coming back strong so that when I do get back into the gym the guns are loaded and ready to fire! “Love it Jim’s calling them guns, about time ha ha”

I have noticed in sessions that sometimes my “stupid levels” and subsequent performance varies, regardless of my mental state or how ‘up for it’ I am. By “stupid levels” I mean the point during a session when your higher brain functions cease to operate, your ape takes over, and all you understand is “go there”, “lift” and “stop lifting”. This can be down to the time of day: 10am-12pm seems to be my best time of day, but anything up to 3pm is good. After 5pm I am (relatively) useless, but more than anything, what I have eaten during the day makes a huge difference.

OK, sure, this is nothing new, what with pre and post training diet being well documented in fitness and health magazines, but each seem to offer different options / solutions, so I decided to review my own experience and see what conclusions I could draw.

For example, I try and steer clear of eggs due to their fat content, which I am trying to limit, being an edomorph, but without a doubt 2-3 eggs before training with vegetables and I have a much better session. According to Tim, eggs are one of the proteins most easily absorbed by the body, which explains these greater energy levels, but training four times a week is a lot of eggs (I know Tim will debate the dangers of this, but I am still unconvinced about eating something that high in cholesterol that often) so I started looking at alternatives. “I will debate this and say that there are no dangers in eggs and the whole cholesterol myth about eating eats is totally wrong with no scientific backing.  However, there is a tonne of scientific evidence showing how good the egg yolk is plus I eat eggs most days and my brother eggs 100 a week raw with only a lean physique to show for it.  EAT EGGS JIM EAT EGGS!!!”

Initially this consisted of looking at various pre-workout shakes. Tim switched me onto “Sunwarrior Brown Rice Protein Shakes” which I have been having once a day as part of my EOM diet, and their website provides a great resource for smoothies that you can make from their product. 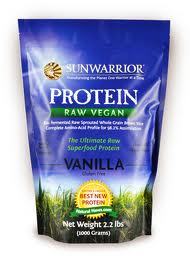 There are loads, but my favourite pre workout is the Go Green

I have it before a session, but to quote Tim “Whey protein is up there with eggs as the most quickly absorbed protein source available so not only is it convenient, tasty, and quick, but after a workout whey protein is actually better than meat.”

Since reading Tim’s post on Facebook http://www.facebook.com/343640395653148/posts/518381554845697 I have routinely started drinking Green Tea before and during sessions and again the benefits have been positive in terms of the work out.

Now I have always been and advocate of green tea as an aid to fat burning having read about its thermogenic qualities when I first lost weight before my wedding last year. Thermogenics is basically the rate at which your body accesses fat and turns it into energy. During that time I routinely drank it in the afternoon as an appetite suppressant and as an alternative to coffee.

However, the quantity of tea you would have to drink to get the full thermogenic benefits would be 8 cups a day! Other than its fat burning qualities, green tea makes you piss like a racehorse, even in relatively small doses, so 8 cups really isn’t an option.

I’m in the last 4 weeks of the EOM programme, and this got me thinking; why did I start it in the first place? To lose weight, get healthy, look good and achieve the BEST results I can. And the wife loves it. 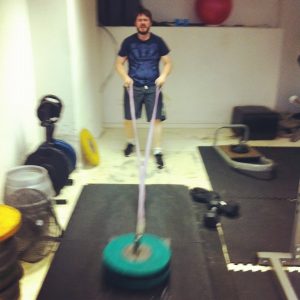 Lets turn this pressure cooker UP a notch

So I had a sit-down meeting with Tim to discuss adding some more supplements to my diet to make the most of my final 4 weeks. After taking me through the basics of what you should take, which first and foremost must contain only substances found naturally, or naturally found in meat or vegetables, AND must be taken in conjunction with an active lifestyle. Then what you shouldn’t take, which was basically anything chemical, we looked at what would be most suitable for me.

Green tea supplement was an obvious starting point as we were both up to speed on that. I had read a review on Menshealth of the best fat burning supplements, and CLA Softgels had been voted ‘best in show’, but other than giving them the thumbs up they were a little thin on details, and being aware of the promotional nature of the magazine I was a little wary. According to Tim, CLA stands for Conjugated linoleic acids, which are found naturally in full fat dairy (not in skimmed or fat free) and red meat. Supplements are derived from safflower oil, and they work at reducing fat by increasing resting metabolism.

In addition, Tim suggested taking Carnitine. This stuff is responsible for the transportation of fats into cells to be burnt as energy. Having raised levels of Carnitine will also make you more energy efficient and enable you to burn more of your fat and less muscle!

Having dealt with the fat burners we turned our attention the muscle builders and one I am sure we have all heard of, the infamous CREATINE! I am not going to lie to you; I have been looking for a reason to take this stuff since Secondary school. And can you blame me, just look at some of the benefits. Increases power output, Improves recovery, helps with fat loss and helps to increase lean muscle mass faster than any other method! Genius! Except it’s not that simple. Just like all playground legends of creatine has been the subject of some of the tallest tales like “I had a mate, started taking it and one of his balls shriveled up!”.

Luckily I can report from Tim that all of the myths, tall and regular sized, have no basis in fact. Creatine is in fact naturally found in fish and meat, but usually gets broken down and destroyed during cooking. It’s also produced in the body, but in just 30 seconds of high-intensity exercise, you use up as much as 80 percent of the creatine phosphate stored in your muscles. 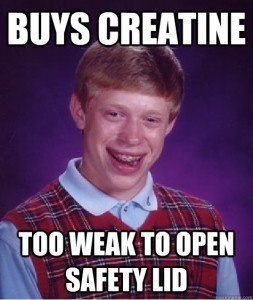 Ha found this on google…poor guy!

The only three things you need to take into consideration are: 1. It loves water, and draws water into your muscles which is why initially you look bulkier, but will also add weight and make you look ‘softer’ – so it’s best to get lean before you get mean – and to stay extra hydrated. 2. Your body can only absorb so much, so there is no point taking shed loads hoping for better results, and it’s better to Load your muscles by taking either 5 grams a day for 5 days, or 3 grams a day for 28 days, then you can maintain creatine levels by taking 1 gram after each workout. 3. There are loads of different types on the market but stick with creatine monohydrate as is the most studied by far.

I will let you know how I get on!