The First Day Back in the Gym 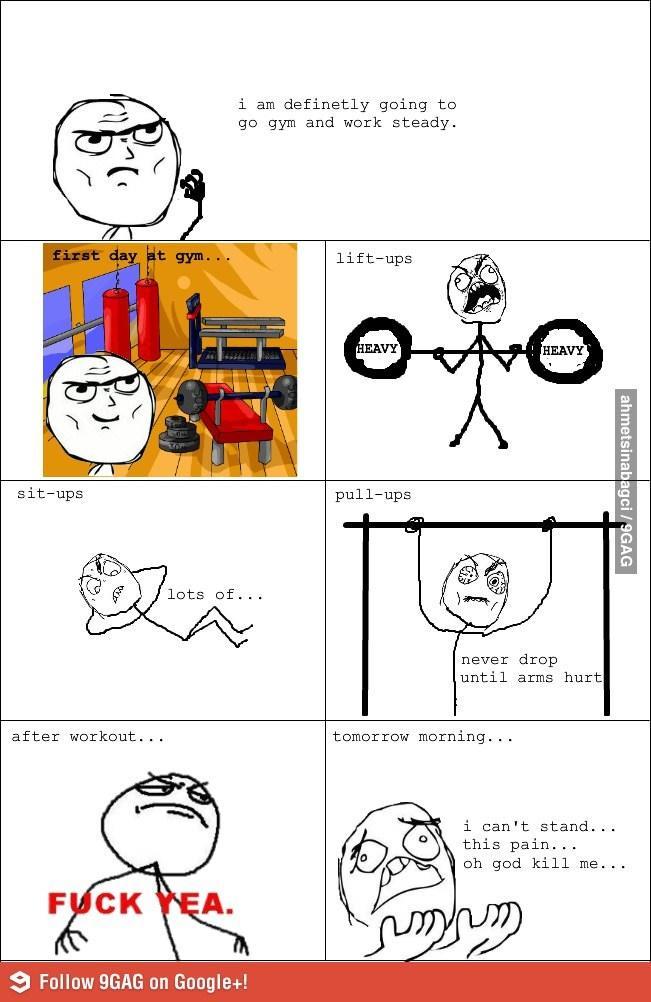 “Christmas has been and gone and the guys are slowing trickling back into the gym in various different states of health.  A break can either be a killer to your fitness regime or it can be a revitalising  rest that will see you come back stronger than ever.

So far I’ve seen someone come back 2kg lighter after “eating crap” for 2 weeks, a few getting back into the training like Christmas never even existed and then there were the majority (including me) who just struggled through the first couple of sessions on the verge of tears.

In my opinion all that matters is that you get back on the horse and get past the 2 session marker that always needs crossing before you can start moving forward again.

Apparently the disturbing first session back has spurned Jim T into blogging again and here is what he thinks….”

They say the first cut is the deepest; well one thing I know for sure now, is that the first set is most definitely the weakest.

With all the good intentions and promises made, I still did what everyone else does over the holidays and slacked right off. Didn’t go to the gym for a full 4 weeks, ate like a king and drank like a lord… well actually I was pretty good with my booze, but you take my meaning.

The problem with Christmas isn’t the actual day itself, although nutracheck estimates we eat roughly 3 times as much on the day itself, which equates to 7500 calories! No, it’s the days after, where we graze like sheep on fields of Brie and cold turkey, boiled ham and mini sausages, mince pies covered in double cream. And can we be blamed, it’s there right in front of you and the ape that controls your lower brain activity is saying ‘Eat! Eat God damn you! Its gonna be a long, cold winter!’

But this is no time for regret. Remorse is a waste of time and unfortunately Tim won’t stop bullying me back into the gym, so today was my first session and I am not gonna lie, it was tough. I reckon I am at about 60% of where I used to be and the fatigue, my God the fatigue… I could barley walk down the stairs after the session. But I have been assured by Tim that this is normal, and with two more sessions booked in for Monday and Wednesday he promises that I will be back up to speed by the end of next week.

So EoM warriors, TBE Bootcampers, and any men out there who haven’t  popped their gym cherry for 2013, take my advice and on Monday morning get in there. In the end you’ll thank me for it. 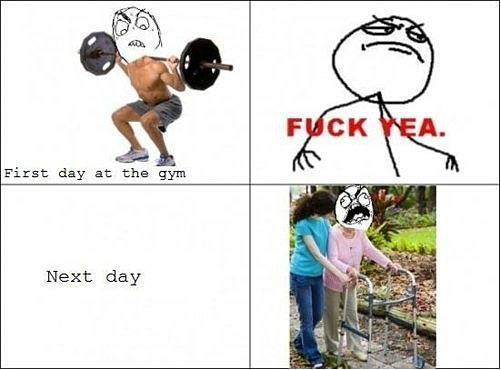 ← Health and Fitness Testing
Core Training? No Thanks! →