“It looks like Jim is starting to really get it now and to be fair his description of our lean gains period is pretty much spot on.  It’s this grasp of why you are doing a certain type of training that is as important as doing the exercise itself because if you don’t know why you are doing something then what is the point of putting 100% effort in.  Most people put there faith in a trainer but it is always at the back of their mind that they don’t fully understand it so it is rare they put 100% hence the reason most people never get the results they need.

When Jim talks about muscles under tension known as time under tension (TUT) another reason this is so effective is that each set takes about 45-60 seconds whereas usually the average gym rat will smash out 8 reps as fast as possible so their set will usually last 20 seconds or so.  This means even though you may not be able to lift as much as you would fast (usually 10% less or so) your muscles are under the stress for 200-300% as long causing both fast and slow twitch fibers to tear and then rise stronger than before!

Stats achieved up to week 6

This is the first time that I have titled my blog with what I am actually doing in my training with Tim. I haven’t so far as Tim tailors a lot of the program around the individual – not only their body type, but also their individual progress. So where as I would get stuck in a rut repeating the same routine – yes getting fitter, but never turning that corner – EOM is all about getting the results.

This does mean however that some of you will never do lean gains in your programme.

That being said, of everything I have done so far, the ‘Lean Gains’ training has had the biggest impact on me, largely because you can see and feel the results so quickly, but also it seems to work in my ‘head space’. I figure this is down to it being as much about technique as it is about weight.

Anyone who has tried to build up how much they can lift will know how much it sucks when your technique goes – you feel like the set has been wasted. But with this, technique is king. Not that it’s not tough. Other than a Dirty Circuit I have found nothing tougher.

Firstly, it’s a 7 day programme , with 2 days off spread out over the week, which can seem pretty daunting at first, but weirdly, exercising more regularly is less hard work than exercising less.

The principal is to do a series of related exercises moving rapidly from upper to lower muscle groups, whilst focusing on keeping your ‘muscles under tension’. Easiest example to explain for this is the trap bar squat followed by the bench press.

In the squat you blast up through your heels as per, but when you lower the bar back down to complete the rep you do so slowly, so that the motion take 3 seconds and then you blast it back up. This is done for 8-10 reps. 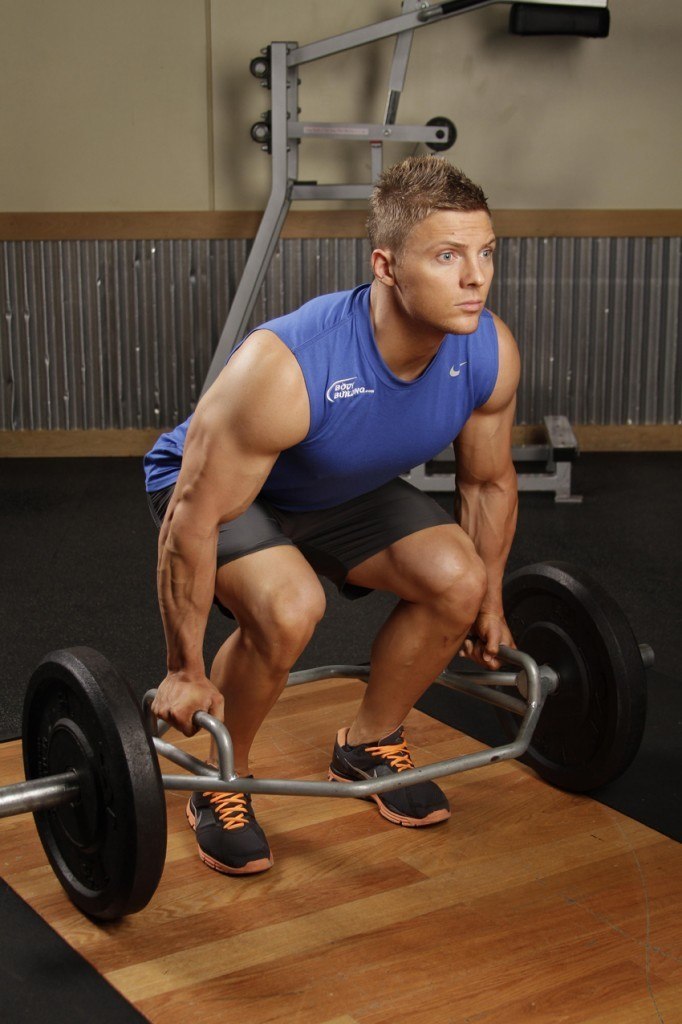 Then it’s another 15 SECOND BREAK and you’re back to the trap bar. You do this for a total of four sets and as you can imagine the fourth set is a killer.

By maintaining this strict tempo during sets and by not allowing your muscles to fully recover forces your body to use energy to maintain the exercise, whilst simultaneously creating growth hormone so you can actually complete the set. One of the side affects of this is a change in the Ph levels in you muscles and a build up of lactic acid, so you ‘feel the burn’ as they say.  “More growth hormone and lactic acid = more muscle and less fat. Cheers!” (Ed. Tim)

The more regularly you do the exercises, the more your body gets used to having to convert energy rapidly and on demand and you start to shed the fat!

Anyway, I haven’t even got to the best bit yet… after you’ve done one series of exercises you move on to the next, and you know how long a break you get? …60 SECONDS, that’s it! And then you’re back
into the 15-second breaks. So it’s a full-on 50-minute work out.! “You’ve burnt more calories than a run, testosterone is high and you’ve got the pump!” – (Ed. Tim)

By the end I was so tired I couldn’t even pull my t-shirt off and almost had a nap in the shower. 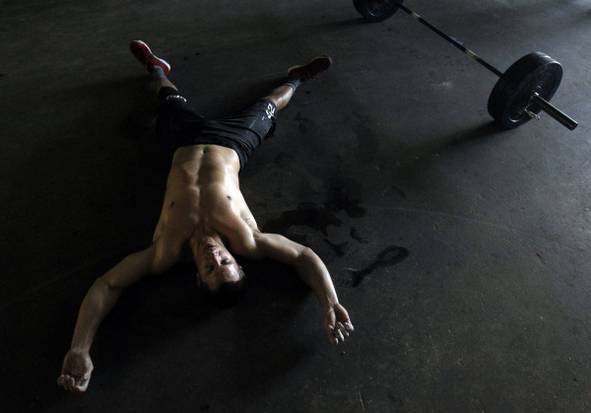 But there is something about powering through these sets and just getting on with it. You get into this ‘head space’ where you just focus on getting one set done at a time.

I have 4 weeks of lean gains to complete before I am done, and then 2 more of something else (Tim won’t tell me) but I have a feeling this is gonna be it… corner’s will be turned, warriors will be made, the final stage of evolution is on the horizon. BOOM (oh God I’ve started to sound like Tim. Well there was bound to be a down side).