Getting a great physique does take a lot of hard work and dedication to the cause but there are some things that are more important than others when it comes to building a better body.  You have the obvious things such as eating the right foods, drinking plenty of water, training hard, training correctly and even supplementation but there is one thing that is often over looked for one reason or another.  Some people have it already and some people just stumble upon it whilst trying to better themselves in the gym.  But one thing is for certain and that is that anyone with a desirable physique will have it bubbling within them as they stand inside their impressive frames.

So where can you get hold of this amazing tool and how much does it cost?  It’s not that easy I’m afraid as no one can give it to you, it can’t be bought, earned or even stolen but I can tell you now that you have probably used it time and time again at some point in your lives.  Okay I’ll stop beating around the bush now and tell you what this new weapon is.  It is “LASER FOCUSED AGGRESSION AND INTENSITY” (LFA), more than that it is the ability to be able to flick the switch to LFA whenever you need it.  I decided to write about this after screaming in the ears of 3 different guys in one morning that you need to FOCUS, BE AGGRESSIVE, SMASH IT, COME ON, LETS SEE SOME INTENSITY, ARRRRGGGHHHHHH just to get them to put 100% into the lift that they were currently doing.  It was the final straw when one of them said “I’m sorry I’m not good at pushing myself I’m used to being lazy in the gym.” to which I replied “It doesn’t matter what you normally do, if you want to put on muscle then you need to put your muscle under focused stress in the correct technique.  You could spend 2 hours in the gym everyday and eat like a monster but you wouldn’t get half the gains that you would from working at 100% of your potential for only 20 mins a few times a week”.  As I said it I realised that this kind of raw intensity is an ingredient that no body can do without when striving to achieve the kind of body transformations that I produce in the gym and I had go to my cave to write it down immediately.

I bet he’s not thinking about the X factor results

I said at the beginning that most of you will have used LFA before and in fact most of you probably even know when to flick the switch to turn it on in certain situations.  Think about a time at work when you got a call/email from a big client/boss who needs you to do something very important/difficult within a close deadline on pain of death.  Can you recall that little surge of adrenaline as your body wakes out of the office induced slumber you’re in and you start to formulate a plan as to how the hell you can do this in the time that you have.  Now I bet that in normal circumstances you could find a way to pussy foot around the task to complete it slowly but in a situation like this you focus on the task, you zone out everything else and you get it done in record time.  That is LFA and you have it in you, you just have to find the switch.

In the gym LFA is more important as you need to switch it on for every repetition of every set that you do.  The plus side is that you will only be using this focused aggression a maximum of 5 hours a week to achieve an amazing body.  A good example of LFA could be seen this summer during the Olympics as Olympic diving gold medalist David Boudia said:

“I could be the strongest guy in the room, but without a good state of mind, I would not get very far”

This is even the reason that many top fighters abstain from sex before a big fight because they think it would take that aggressive animal focus away from them that they would have had boiling away in their veins. 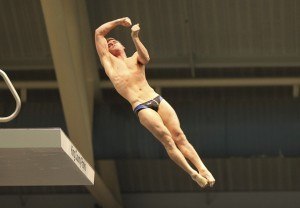 When you sit under that bench press you need to tap into that Olympian mindset and flick the switch to your LFA.  I don’t care what it takes for you to do it.  I don’t mind if you have to punch yourself full on in the face before every set (although that is a bit weird) but you have to zone out the cheesy house music and the sexy girl on the glute machine in front of you and concentrate 100% on what you are about to do to that bar.  During your timed break, in your mind, you have to run through exactly what you are about to do and then get yourself mentally “pumped up” before you lie back, grip the bar, stamp your feet into the floor, push your upper back into the bench with the tension of the weight and contract your muscles to take the weight off of the pins.  You then give yourself one quick breath before lowering the bar in a controlled manner, in way you have drilled many times before, before exploding upwards again to the starting position ready for rep number 2.  Now during this set the girl may have been dancing naked above you as the gym began to burn down around your station but your LFA means that you would be totally oblivious to anything else but the journey of the bar and the feeling of your chest muscles purposefully contracting as you reach the top of the rep.

This kind of laser focus is not needed for every set but especially during the first few months of your training you really do have to concentrate on each rep and realise exactly what is happening.  Do not think that you are just lifting a bar up and down 10 times in order to get a quick rest and a vein popping out.  You are running through a focused sequence of events with the end goal of making your pectoral muscles contract as fiercely as possible to breakdown the muscle fibers in order for you to grow the muscle bigger and stronger.  If you think as simply as just lifting something in the air I can tell you now that you will never lift big, just as the diver would end up doing the belly flop of the century if they just decided to jump off the board to hit the water.

I just realised that I’m starving hungry and about 30 minutes has past since that last client drove me to writing this so I better sign off and get some food down me.  See, I must have written this under the powers of LFA which I usually have to work at when it comes to writing but this needed to be said so it came easy.